8 Christmas traditions in the UK

Now we all know the UK has some interesting and long standing traditions, and Christmas is no exception. In today’s blog we are going to look at how the UK differentiates from the rest with their Christmas quirks. These 8 Christmas traditions will help you emulate the UK life.

If you’re not from the UK then there’s a good chance that you’ve never heard of a pantomime.

Now however pantomimes are a family originated theatre show, which have grown in popularity to become a must see over the festive season.

Whilst in many parts of the world the Christmas ‘go to’ saying is Merry Christmas, in the UK people say Happy Christmas instead.

Unfortunately the history of the two phrases is not all that exciting. With the original coming from the US who thought merry would be more grammatically correct to say merry and from than on popularised through the US movies.

Yorkshire puddings are delicious treats made from mixing flour, egg and milk to form a pastry which is then filled with gravy. If you’re trying to have a UK themed Christmas then these are definitely for you, or if you just want to try out a new dish they taste superb.

One of the most popular things to do in the UK is to listen to the Christmas number 1.

What is the Christmas No.1 you may be asking? Well over the month of December a Christmas countdown occurs, this is a time when radio stations blast music with the goal of crowning the most listened to song No.1.

Interestingly, unlike many other countdowns which consist of the year of creation. The No.1 position however does not have to be a new song with Queen’s Bohemian Rhapsody winning in 1975 and 1991.

Brussel sprouts, whether you hate them or love them, have become an essential part of Christmas dinners.

The history of brussel sprouts being associated with Christmas is boringly enough a tradition of chance as it was the sheer amount available on Christmas that allowed families to be able to feast without spending a fortune.

In my opinion this is an unfortunate outcome.

Now Queen watching might sound weird to most people but on Christmas day millions of British people turn into BBC one at 3pm to catch a glimpse of the Queen’s message that will last for around 10 minutes.

Often the Queen will talk about an issue and give the people some advice and guidance on the future.

The Yule christmas log can be seen as early as the middle ages.The goal of the yule cake is to resemble the traditional logs that would be burnt on Christmas eve. However thanks to the chefs in the 1800’s we now make great tasting cakes that look like logs. A definite improvement in my opinion.

Fancy some Irish Leek and potato soup? Well this is a fairly old tradition for the Irish, and was in part started due to the high quantities and qualities of potatoes farmed there. It would be highly recommended to go to a farmers market and seek if they have any special recipes, but if not why not try out this one.

So, have any of the 8 Christmas traditions in the Uk piqued your interests? Why not consider a working holiday with the UK Pub Co. 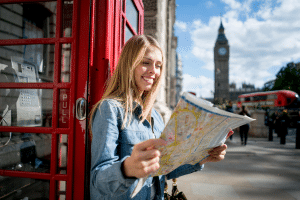 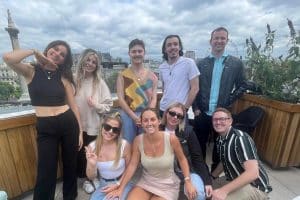 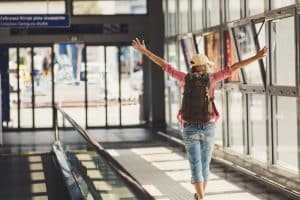 In your suitcase: 10 Things to Travel With to Make Your Trip More Comfortable

A gap-year with UK Pub Co allows you to see some of the most beautiful places. Learn how to get the most out of your travels in the UK on a budget.

All the latest updates,

direct to your inbox

We’ve facilitated over 20,000 UK experiences since 1997.
We are the original UK Working Holiday experts!

All the latest updates,

direct to your inbox